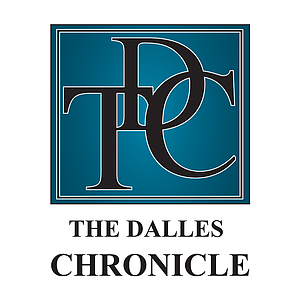 Why it makes sense to support Arlene Burns for Representative of House District 59 in Oregon’s State Legislature:
Arlene’s extensive international background and leadership capacities combined with a vision for a better future transcend demographics and geographies. She is truly a world class visionary who currently serves as the mayor of Mosier.
Arlene has worked tirelessly for the past five years in service to the community in which she lives. Her professional capabilities have facilitated significant developments towards a new community hall and fire station building. Assembling strong partnerships between large public companies and private businesses along with cohering local, state and federal officials has culminated in funding that directly enhances our small community and the greater Columbia Gorge region.
Recognizing the importance of tradition, Arlene has been a long time supporter of local Regenerative Agriculture. Supporting the neighboring cherry farmers to the friends that cultivate wheat further east, her diet and shopping habits reflect her vision of producing more food locally for the community in ways that respect the soil, river and environment. She knows the importance of shortening distribution chains and advancing local purchasing power to support the diverse farming community throughout Wasco County.
Actively engaging in the three pillars of the economic engine that drives the community — recreation, tourism and agriculture — her lifestyle and community outreach efforts have been integral to the health and future well being of many of the regional small businesses. As a local resident for the past 20 years, she is aware of and ready to listen to the diverse interests of the community at large.
Arlene is a person who lives her values for achieving the greatest good possible for the greatest number of people. In this time of increased polarization, she has what it takes to integrate ideas, transcend partisanship and bring folks together in support of a better future for everyone. As a small business owner, agriculturalist and community member of Mosier, I readily support Arlene for the legislature seat of house district 59 and encourage you to vote for her in the upcoming elections.
Steven Thompson, owner of Saddle View Orchards & Analemma WineryMosier

I am writing in enthusiastic support of Arlene Burns for the position of Representative of the Oregon House District 59. I’ve known Arlene for over 20 years and am impressed by her ability to size up a situation, work with others to develop an effective strategy and then work very hard to get the job done. She has been Mayor of Mosier during difficult times, but has been able to bring together diverse groups of people with multiple interests and encourage them toward a common goal. She is fearless and tireless in support of our community, and has always been a global master networker in all areas of her life. Her ethics and honesty are outstanding. She’s a remarkable person who will serve our district with determination and a deep commitment. I encourage you to vote for her.
Lynda Sacamano
Mosier 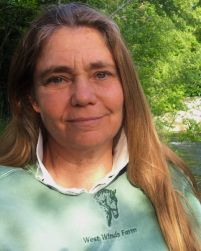 “Two Democrats and one incumbent Republican are seeking to represent the 59th state House district in the May primary.

Arlene Burns, who is the mayor of a small town in the Columbia River Gorge named Mosier, and Tyler Gabriel, who is listed as self-employed in candidate filings, are the two Democrats vying for the party’s nomination this May.”

Friends of the Gorge

“”I moved to the Columbia Gorge in 1994, when I bought my house in Mosier. I’ve come and gone a lot and in fact, in the 1990s I worked for Friends of the Columbia Gorge as their first field representative. Later, I left to run the Telluride Mountain Film Festival in Colorado and Blue Ocean Film Festival in Monterey, CA. But the Gorge has always pulled me back. It is just…gorgeous!

“From the start I was just blown away, as everyone is, by the magnificent beauty of the place and also the juxtaposition between rain forest and desert. To be in a place that is a national scenic area that you can actually live in, it’s like living in a national park in a way. And that we have access, reasonable access, to a good domestic and international airport means that we really have everything we could possibly need nearby. Yet, because of the crazy weather conditions here, this is not for everyone as a place to live. So, it keeps us a little more isolated because Mother Nature has the last word in the conversation. I think most people that live here love the Gorge fiercely and feel a responsibility to nurture and protect this beauty.” 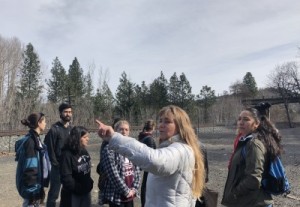 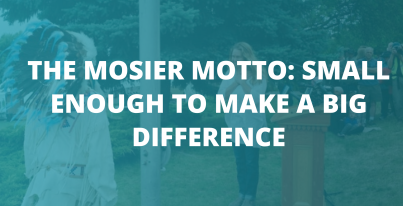 “Less than a month ago feels like a lifetime ago. On March 5, 2020, I joined students from the University of Portland’s Environmental Justice Immersion Group on a field trip to Mosier, OR, to learn about how a small town found the strength to turn an oil-by-rail catastrophe into activism.

And click here for a video produced of the immersion experience. Arlene is featured at 3:35 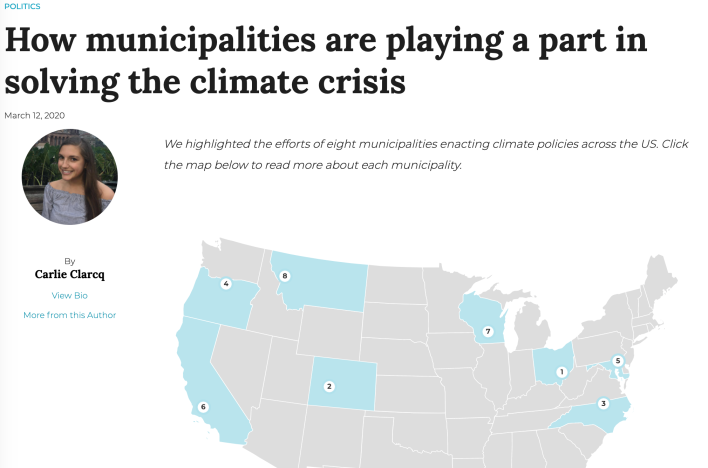 “No other municipality exemplifies how big of an impact even the very smallest of towns can have when they are dedicated to making a difference better than the town of Mosier, Oregon…

Mosier has continued to be active at the state level — Mayor Burns often testifies for state legislation that will protect the Oregonian environment from the dangers of fossil fuels, and particularly crude oil, and has been very successful in doing so.” 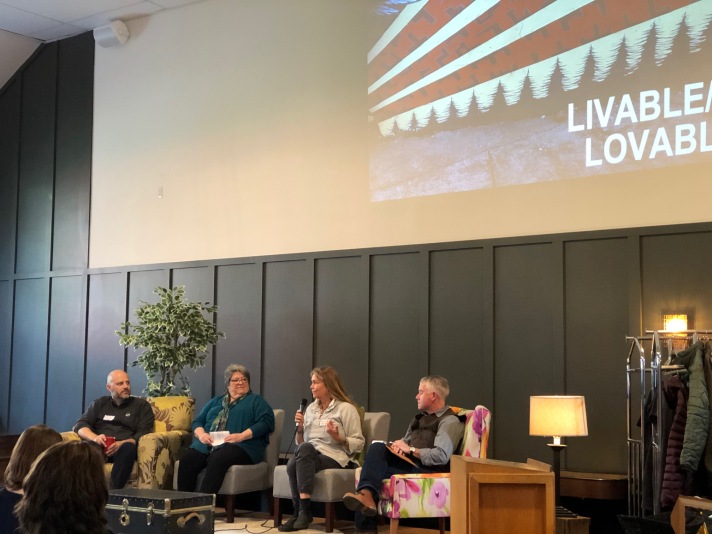 The fossil fuel industry maintains a strong presence in the Pacific Northwest thanks to its international export activity. But ever since a dangerous rail accident in 2016, local residents have served as a fierce check on its growth.

A cluster of pick-your-own cherry orchards beckons visitors to the town of Mosier, Oregon, each summer. The town is about 70 miles east of Portland in what’s known as the “dry side” of the Eastern Columbia Gorge. It’s a quiet life for Mosier’s 452 residents, whose hill homes sit between steep peaks climbing to nearby Mount Hood and the rail tracks lining the Columbia River. Quiet, that is, except when the freight trains barrel through.

Burns is a petite woman with blue eyes the color of the Columbia. Her voice is only slightly roughened by the late nights and speeches and negotiations concerning the threat that transporting crude oil by rail poses to her town.

At the site, Burns points out the Mosier Manor Mobile Home Community beyond the hill just above, which narrowly escaped the blaze. Maples, fir, and oaks once stood here next to the tracks. Now the strip is barren—a dry, rocky pit awaiting restoration by Union Pacific.

In Honolulu with Climate Mayors in June 2019